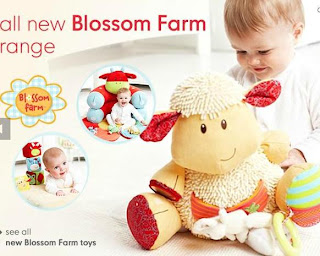 As the UK economy shows no sign of improving any time soon, one of Britain’s most loved brands, Mothercare sets sail for the Middle East. Chief executive Ben Gordon said: “Iraq has a population of more than 30 million people – clearly it’s a country with lots of potential.”

Famous for a Golden age of affordable and comfortable baby products, Mothercare has now partnered with Alshaya and is due to open its first Iraqi branch by the end of the year. It’s been there and done it well though; launching its first Middle East branch in Kuwait way back in 1984. Well placed to tackle the growth of developing countries, with international sales amounting to £570.9 million in the past financial year Mothercare plans to open an inspiring 150 stores internationally expanding as far as South America.

The brand has also had successes last year with its acquisition of “yummy mummy” maternity brand Blooming Marvellous, whose founders, Judy Lever and Vivienne Pringle, started the brand in the 80s after they were unable to find fashionable maternity clothes on the high street during their own pregnancies. Mothercare chief executive Ben Gordon said Blooming Marvellous was an “excellent strategic fit” for Mothercare and “strengthens further our position as the leading specialist retailer for parents and parents-to-be”.

Key differences may be more colourful designs and the need to think about alternative climates – Russian mums apparently like thicker tyres to cope with the snowfall.
So what can mum’s expect from the nations favourite parenting brand in 2012?
For more information visit www.mothercare.com
Related Items:Mothercare, Parenting
Share
Tweet
Share
Share
Email