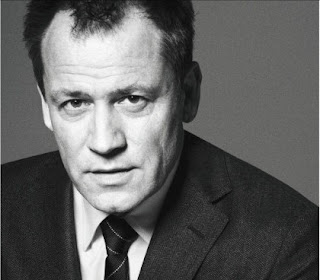 When Alfred Dunhill took over the family saddlery business in 1893, he dedicated himself to creating the very finest men’s apparel and accessories. Today dunhill combines this rich heritage with style, innovation and functionality to create luxury menswear, leather goods, pens and men’s accessories that are without rival.
At the beginning of the twentieth century, motorcars arrived from the manufacturer with a chassis and body, but without the accessories that are now taken for granted. As a gifted entrepreneur, the then 21 year old, Alfred seized this opportunity and converted the family business from a saddlery to offering motor accessories. ‘Dunhill Motorities’, as the shop was then known, provided ‘everything but the motor’ – from leather driving coats and helmets to goggles, car horns, dash board clocks and luggage trunks.
Highly regarded as an innovator and credited with having invented the articulation of the rear view mirror in 1907, Alfred Dunhill set up his own Patent Development Company in 1908 to accommodate the many different inventions he was creating. In 1922, Alfred successfully applied for a patent on an interior light for bags which would illuminate when opened thus allowing his wife to apply her lipstick with ease during the ballet. He supplied everything from fishing rods and reels, cricket and golfing gear and even “Avoritites” – accessories and outfittings for the new “aeroplanist”. Such idiosyncratic pieces established the spirited and pioneering nature of Alfred Dunhill – a legacy that has spanned over 100 years and remains today.
As the success of ‘Dunhill’s Motorities’ grew and its acclaim amongst the upper echelons of British society escalated, the 20th Century saw the business begin its global expansion that would confirm its status as the only truly global luxury brand for men. The first store on Duke Street (later to become the Jermyn Street store) opened in 1907 and international expansion soon followed. In 1921 a dunhill store opened on Fifth Avenue in New York and following this the first continental European store opened its doors in 1924, at 15 Rue de la Paix in central Paris.In 1930 Clement Court, the manager of the Paris store, travelled to Tokyo to sign an agreement giving dunhill the worldwide distribution rights for Namiki pens. These exquisite pieces of art soon became – and remain today – the most prestigious and coveted writing instruments in the world. The 1930s also saw the expansion of the dunhill timepieces, with the first full collection created in 1936.
This included the Facet watch – a design based on the interior light of a coach built Rolls Royce that would continue to influence dunhill designs throughout the decades. Other timepieces included the Key Watch, an ingenious design that combines a clock casing with a key which could be cut to fit the customer’s lock.In the USA, dunhill’s expansion continued with shops opening in Beverly Hills, Chicago and San Francisco from 1951-61. Hong Kong was home to the first Asia Pacific store, opened in Prince’s Building in 1966, and the first Japanese store in Tokyo began trading in 1969. By the late 1970s, dunhill was offering a range of over 3,500 luxury products and men’s clothing in more than 20 stores around the world. dunhill became part of The Richemont Group in 1998, joining a roster of some of the world’s finest luxury brands. Further expansion followed, with a store opening in Moscow in 2005 and a joint venture agreement giving Alfred Dunhill control of 24 retail stores in China. Today there are approximately 150 dunhill retail stores worldwide with a further 2,000 wholesale points of sale. dunhill’s most ambitious and exciting project to date was to build a series of the greatest retail emporiums for men. The Homes of Alfred Dunhill represent the third dimension of luxury – the experience – allowing the customer to truly live the brand. Offering a superior retail environment and distinguished by a range of services – which include a bespoke tailoring service, barber’s shop, fine wine cellars, bar or restaurant, screening room and spa – the Homes in London, Shanghai, Tokyo & Hong Kong provide the pinnacle of dunhill service and attention to detail. dunhill has further established its prestigious standing with considered sponsorship, aligning itself with partners that reflect the core values of the brand – masculinity, luxury, functionality and innovation.
The annual Alfred Dunhill Links Championship is the best example of this. Played over three of the greatest links golf courses – the Old Course at St. Andrews, Carnoustie and Kingsbarns in Scotland – the championship gathers legends from the worlds of sports and screen to play alongside the world’s leading professional golf players.Today the brand remains faithful to Alfred Dunhill’s mantra, “It is not enough to expect a man to pay for the best, you must also give him what he has paid for…” From the ultimate luxury of bespoke or custom made suits and shirts, to luggage which can be created to your specifications, Alfred Dunhill continues to provide the exceptional and the surprising for the discerning gentleman. In the 21st Century this innovation has resulted in the Revolette pen which, inspired by the spinning barrel of a revolver, combines three writing instruments in one, as well as the use of carved mammoth tusk or crushed meteorite upon the brand’s hard products. The extensive Alfred Dunhill archive remains a rich source of inspiration. For example, the reintroduction of the Key Watch and Facet Watch amongst the launch of timepieces that use movements by Jaeger Le-Coultre, a partnership that was first formed in the 1950s. dunhill retains its bespoke leather craft workshop in London’s Walthamstow where the very finest bags and accessories are hand made. The menswear collection utilises rare materials from Camdeboo mohair to ultra-lightweight Super 160s suiting cloths, and its designers work with only the finest manufacturers in Italy and Britain.
Related Items:Alfred Dunhill
Share
Tweet
Share
Share
Email