Forget Transylvania – Draculas back in Birmingham for one night only….. 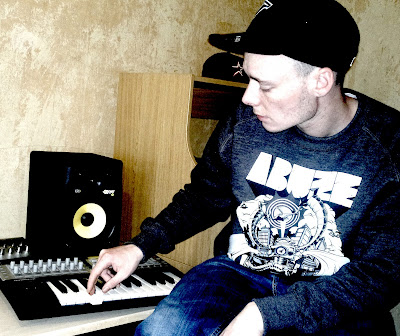 Over the last decade a storm has been brewing in Birmingham’s urban scene. The Birmingham Gazette was lucky enough to get an exclusive link with Jack Dracula a drum and bass producer from South Birmingham who is set to lift the roof at the 02 Academy on 17th October.Jack Dracula mixes old school sampling techniques with the latest studio kit to produce a unique drum and base style. We caught up with the producer to see how it all began.

Known locally as Jack, this talented Birmingham producer has a dark sense of humour and explains that the reason for the name Dracula “was a no brainer really – the original Jack Dracula was a heavily tattooed circus act who had a reputation as being a quite the ladies man”, which mirrored Jack’s own path.

Jack has been at the forefront of the music industry in Birmingham for a while now but has been making beats seriously for about 15 years. It all started way back when the young producer was still at school. He would spend hours experimenting with vinyl and cassette players learning to make tracks. “I would overdub music on cassette tapes until they looped – then with a casio keyboard I would a create a melody before playing everything back at the same time and recording it using my stereo’s built in mic, that was how I learned how to make beats.”

With a love of vinyl Jack started collecting records but with a host of friends who were big name DJs on the circuit his passion remained with producing. “I didn’t want to be a DJ, all I wanted to do was make my own music so I got an Amiga  and  started sampling anything I could.”

As far as inspirations go it seems that life heroes are as important to Dracula as musical influences. Michael Jordan’s epic career through to the wisdom and supportive encouragement of his mother have played a part in shaping his vision. And a vision no less, that is set to light up the O2 Academy Birmingham on 17th October when Jack Dracula showcases his work for the first time in years to a live audience.

Dracula has music on youtube and the popular sharing platform soundcloud but he explains that the live arena is where listeners will truly get to see his musical style and production mastery.

Jaegar celebrate the classic timeless style of the British Empire →