Brum to launch lottery to boost funding for arts, sport and culture 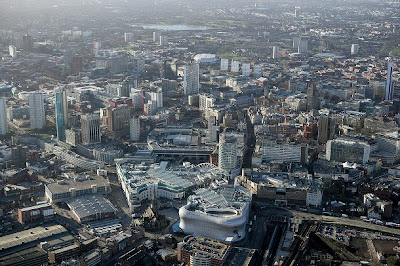 A company outside of Birmingham City Council will be brought in to manage their pioneering People’s Lottery plan, in a bid to raise vital funds for city arts, sport and culture.

Birmingham City Council’s Cabinet is discussing the opportunity to introduce a city lottery to fund good causes – an idea originally put forward by a member of the public during last year’s budget consultation.

The meeting will also be asked to agree to the procurement of a lottery operator to hold the franchise for both the development and delivery of the Birmingham People’s Lottery.

Initial research has revealed that the market for lotteries is growing, particularly so in the last couple of years, and that Birmingham would be one of the first local authorities in the country to consider setting one up.

Many lotteries are run by third-party organisations called External Lottery Managers (ELMs) and the term ‘lottery’ can cover a wide range of products including subscription, draw-based, scratch cards etc.

Apart from a small amount of up-front and in-house council costs, any lottery operator – with a franchise contract – would be responsible for all other costs including funding in-depth market research; agreeing arrangements for funding good causes; and developing a model for prize funds.

“This is very early days and we are still consulting on the idea, but we want to open up discussions with professional operators so that we can hit the ground running if we decide to move forward.

“Initial feedback on the concept has been positive and this is potentially a very exciting and innovative way to raise funds, support good causes and offer individuals the chance of a windfall.

“Certainly, I hope a successful lottery could support and enhance a whole range of arts, sport and cultural aspirations.”

With all the reductions in public services, the lottery should put back some of the money which has been taken away by recent cuts.

← Munchkin provide a safe way to dispose of nappies