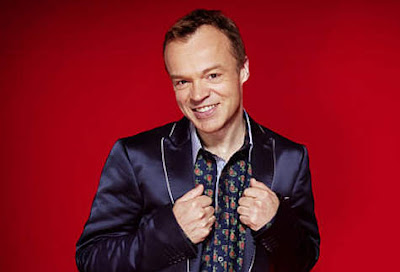 The British Comedy Academy selected just six comedians for the vote and Graham, who will host Rock With Laughter, and comedian Sarah Millican are included in the shortlist.

The public can vote for their favourite comedy performance by visiting the Channel 4 website. The British Comedy Awards has been the premier accolade for all comedy programmes, performers and producers across the UK television industry since 1990. The Awards will be broadcast live on Channel 4 on Friday 16 December, which coincides with Graham and Sarah performing at the opening night of Rock With Laughter.


In the year that saw her complete a nation-wide sell out tour, embark upon another, secure her own BBC 2 TV show and become a regular face on the UK's top comedy television shows, Sarah Millican has ascended to become one of the nation's best loved comedians.

“We truly believe that this year’s Rock With Laughter line up is the best ever.  Knowing that both Sarah and Graham are nominated in this highly prestigious category is testimony to our belief.   We wish the very best of luck to both of them.  It’s so exciting to think that both will be performing at Rock With Laughter whilst the awards take place and by the end of the evening, we’ll know if one of them has been crowned King or Queen of Comedy 2011.”

Elsewhere, Graham has hosts a wide variety of shows including The Eurovision Song Contest, Would You Rather (for BBC America) and his own Saturday morning Radio 2 show.