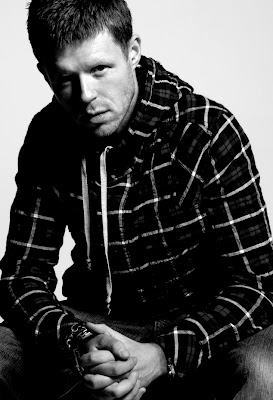 When Rue Jay was ruling the airwaves of the Pirate Radio scene in Brum back in the late 90s and the upper echelons of the music industry were sending him white labels on tap to play out to the masses, little did he know that 15 years later he’d be running one of the most successful house music events in Europe and would become such an integral part of the Midlands clubbing scene!

Head hunted to run just about every label or club night the 2nd city has ever produced there are none that come close to his fierce desire to succeed – and by succeed we mean give Birmingham the best music industry and parties the city has ever seen by sheer determination and graft!

Forget the major brand venues. They just use their name to bring in multimillion pound refurbs and investors but they lack soul, character, and can’t come close to competing with the Masterful Mr. Rue Jay.

As Rue took Spin, and Bambu to new heights over the last decade, he also turned his hand to other industries, appearing in films, tv cameos, modeling, advertisement campaigns and also winning Galaxy Manhunt 2010.

A little over a year ago something just clicked, all the ingredients were thrown into the mix at just the right time and Rocknrolla was born.

It’s hard to believe just how much happened in its first 12 months. An infant compared to the old school names that have dominated the city for the last ten years, it manifested itself as thumping, stomping, all singing, all dancing giant knocking all competition off the top spot as the best of the best after hours music night in Birmingham. In its first year Rocknrolla has already graced some amazing festivals and clubs including hosting the VIP at Global Gathering 2011, The World DJ Music Festival (Seoul, South Korea where the boys hosted their very own stage holding no fewer than 7000 people and late this summer the brand hosted the back room at the worlds biggest club, Space, Ibiza! Early 2012 see’s the biggest announcement yet from Rocknrolla! All that can be said is ‘watch this space cos this is huge!’

It a great start too, housed in none other than the Rainbow Warehouse and in just a few months had seen superstars such as Example, Ms Dynamite, Howard Donald (Take That and even judge Jules appear behind the decks amongst many others. 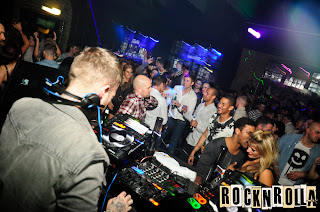 Rocknrolla was destined for great things though and Rue Jay had a master plan being drawn up in the board room.

This would be a blue print for the future, a no nonsense - “You’re either with us, or you’re against us” moment of epiphany when fellow major players from the Brum scene and equal partners Micky Slim, Will Bailey and Alex Schmitz - gave birth to an epic brand new venue – Birmingham’s most anticipated venue since the Fantasia days back in the 90s, THE ROOFTOP.

The rest is history, be there or be nowhere, every Saturday from 1pm till dawn – for the future...