In 2008 an electrical fault sparked a fire at one of Birmingham’s most loved restaurants on the Hagley Road; T.G.I. Friday’s. Now, four years later The Birmingham Gazette caught up with manager Steve Ricketts in a refurbished and revitalised Friday’s. And despite the UK’s challenging financial climate, by all accounts business has never been better. 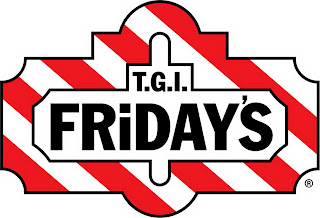 The branch was first to open in the UK in 1986 and the restaurant chain is currently celebrating 25 years in the UK. Back in 1986, Steve spotted an advert in a local paper with the word “Audition” written in bold letters at the top of the page. It was at a time when the American dream was at its height and as there were no American themed restaurants in the city.

A buzzing congregation of hopefuls turned up to showcase their talent to try out for the new restaurant - but then this is a restaurant, not a talent show I hear you say. Well, sort of. The thing about T.G.I. Friday’s is that it isn’t meant to just be a quiet meal out. It’s an experience and the team members are an enormous part of what makes the restaurant special. Talented people make for great staff that have something to say – everyone is an individual and given their own chance to shine.

As soon as I walk through the door I realise how the restaurant has been through a complete makeover. What used to be a raised bar on a platform at a far end of the restaurant is now an expansive cocktail bar with an abundance of comfy leather sofas, chairs and tables surrounding the space. Friday’s are going for comfort over the classic wooden tables and chairs in this revitalised project, and it’s not hard to see why. The ambience is cool and collected, and from Star Wars to The Who and Jaws, the showbiz memorabilia is part of what makes the restaurant tick; part of its soul. I first visited Friday's for my tenth birthday party, the whole family, including a congregation of people who just wanted to experience the themed restaurant turned out. That would have been 5 or so years into Steve's career with the company. We laugh about this, it’s incredible to believe Steve has worked here the whole time.

Away from the food, team members are living and breathing their dreams too. Bartenders such as Rob, along with 100 other members of the Friday’s family, got into the Guinness Book of Records in March this year for the ‘Most people simultaneously cocktail flairing’.


At a staff away day one of the regional directors spotted Rob’s energy and contribution to the spirit of Fridays and decided to make a pin badge in Rob’s honour – something all team members where for demonstrate different achievements. Rob regularly wears a top hat, so the badge in his honour was, of course, a top hat.

There is a real family vibe at the store and every year the Cormac Cup charity football tournament takes place to honour a former Fridays family member who passed away, with the proceed going to good causes. The next of these is in 2012. And if that wasn’t enough excitement away from the table, manager Steve recently raised thousands of pounds for charity in a bike ride from London to Paris. Even when you look above the front door you can find a stunning stained glass semi circle….Peacock feathers, so that guests understand the pride the staff have who work for Fridays.


T.G.I. Friday's has a history of innovation, inventing the Long Island Iced Tea, Loaded Potato Skins and the nation's favourite, Jack Daniel's Glaze - a secret recipe that can't be found anywhere else! The bottomless coca cola was another concept which Fridays brought to the UK a quarter of a century ago and still remains a firm favourite in my book. However, if you’re dining later on in the evening or just feeling a little bit extravagant you have to try a Friday’s cocktail. With a breathtaking array of combinations and flavours to choose from, they also house some of the best cocktail waiters this side of Manhattan Island. And don’t worry if you don’t know what you want – just tell a bartender the flavours you like and he will create one, just for you.

Next comes the food and to start I go for the Boneless Wings. A delicious hot sauce works your taste buds to an explosively perfect sizzle before some refreshing celery crunches and cools your tongue to allow the flavours of the chicken to develop. I sit and think about the Friday’s laboratory back in the US, and how many of their recipes have a secret ingredient in them. At least one of the tastes in the chicken is a brand new sensation to my taste buds.

My waiter Neil is extremely knowledgeable and attentive, making sure that if I need any help with the menu any of my questions are answered.

For my main I go for a New York eight-ounce sirloin with a cheesy mash. At first bite crispy skin is a pleasure to taste as the medium rare flesh follows into the palette, simply 5*.  A light and well flavoured peppercorn sauce is the perfect accompaniment.  The cheesy mash has a fluffy and creamy texture that works delightfully with the steak and the sauce combined.
If you’ve still got room for more, there’s a never ending list of puddings to choose from, deserts to share, and those to keep all to yourself from the classic chocolate fudge cake to a traditional ice cream sundae with more scoops than days in the week, the choice is yours.