Somewhere over the rainbow…

In the late 90s Birmingham’s music scene revolved around a handful of nightclubs in the city being Gods Kitchen at the Sanctuary, Bakers, Miss Money Pennies, Hush, the Que Club and it pretty much stopped there.

Things were different back then. There was no facebook or Twitter, there wasn’t even myspace.  People were out on the town several nights and week and the explosion of the house scene saw Birmingham become a Mecca for some of the best parties this side of Miami. 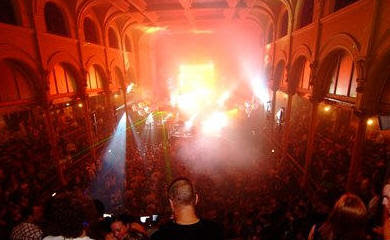 Birmingham City Council didn’t fine or even license promoters back in the day either, meaning that nights like Gods Kitchen regularly saw a crowd of 2000 + with just as many queing outside being turned away.

Then as the naughties kicked off with a depressing bang, everything changed. The club scene experienced a commercialisation which would change Birmingham forever.  For three or four years the cool kids had to go underground and between 2001 and 2004, the country went up in smoke.  House music lost its massive appeal as the Superclub was labeled dead by DJ and Mixmag respectively.

The whole city was swept away by the birth of UK hip hop, and the emergence of Drum and Bass as a replacement for Jungle music. The Medicine Bar was here. For a long time, many ravers changed their chemical days for a backdrop of Cheech and Chong films and rizlas packed with a new kind of smoke….Cheese.

Nights of rappers and drum and bass MCs quickly replaced the house generation and The Custard Factory complex housed literally hundreds of world class events putting Birmingham on the underground map of the UK.

But eventually the custard factory and the medicine bar also changed and the old ravers discovered a new kind of music. This was when in 2005 Lee McDonald and Adam Shelton birthed a daytime party called BELOW playing deep, underground house. Fuzz’s partner in The Rainbow, Chris McLaughlin, was reluctant to change the Friday and Saturday reggae vibes and so,instead, BELOW was born on a Sunday daytime.  This was an instant hit with the loyalists of Birmingham’s musically minded crowd who had long been waiting for the re emergence of a special kind of dance music, and electro was the answer they had been waiting for.

Sadly though in 2007, a rival promoter tipped off the authorities that the quirky Rainbow Courtyard didn’t tick all the health and safety red tape and in fact lacked an adequate fire exit. Sadly, The Courtyard was condemned and BELOW had to go on the road finding alternate, non-commercial spaces across Birmingham using drained pools, strip clubs, restaurants, parks, beer gardens, 60s retro clubs, car parks and even roof tops in their quest to party.

Time went on and it was apparent The Rainbow couldn’t afford the work need to get the place up to scratch: they were forced to offer the sale of the lease to Lee McDonald. Without delay, Lee approached Adam Shelton and a third investor, Kent (who at the time owned a vegetarian restaurant in another city hotspot, Custard Factory) and the triumvirate duly took over the Rainbow.

BELOW continued to go from strength to strength and created a movement in Birmingham introducing the masses to the more underground side of house. In 2007,BELOW promoters Lee and Adam found a large warehouse space on the same road as The Rainbow Pub on Adderley Street. In May 2007 they threw a FREE Warehouse Rave to which over 1600 people attended. Weeks later The Rainbow Warehouse was born.

Being selected by The Prodigy above all other venues in the UK, to establish their emergence on the live scene, said everything about this new world class venue. That same summer Lee McDonald felt more should be done with the unique adjoining outdoor area that stretched underneath a disused Victorian viaduct. As such, he converted the whole space into a beach for the summer with 20tonnes of sand, tropical trees and the DJ booth a beach hut.

Bigger Than Barry’s secret guest for a show on the beach was Annie Mac that when word got out sold out instantly but Lee really wanted to put something in there regularly so thought a Sunday daytime gay party would be a winner.

Without wasting anytime he approached Jordan Patel, a local lad who was familiar with the gay market and suggested he put a team together to do a 3tillmidnight party. Jordan approached Will Power and Dee and GLAS was born (Gays, Lesbians and Straight) The party exploded and quickly become one of the biggest gay brands in the UK pulling a crowd from all over the UK playing more commercial bass heavy music.

A 2009 noise abatement order was The Rainbow’s Waterloo. Emulating a tactical master plan worthy of the Iron Duke, The Rainbow took the fight to the environmental Taliban. Within 10 days 22,000 people had signed up to a Save The Rainbow face book group (indicative of the emotion the venue stirs) - newspaper editorials covered the story almost daily, BBC TV Inside Out scheduled a programme on the subject and BBC Breakfast broadcast live to the nation from inside The Rainbow.

Locally based 60 million record selling UB40 performed a fundraising concert at The Rainbow Warehouse to ‘Raise the Roof’ – with proceeds enabling a sound insulating roof to be installed, that stymied further council action.

In 2010 FACE was created - a weekly underground house night. Lee was finding it difficult to acquire quality promoters with an interest in filling the Rainbow so he decided to put a team together and approached Scott Rourke and Elliot Croft. The event was weekly and brought in the consistency that was so badly needed.

In May 2010 the venue started its most ambitious period of metamorphosis yet. How do you get more underground than The Rainbow? – only one way – turn the cellar into a venue. The Cellar Door (opened in May 2010)- is under the very floorboards of the The Rainbow itself. 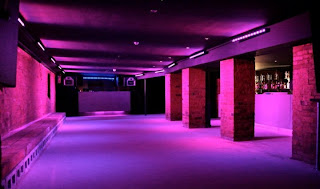 CELLAR DOOR - UNDERGROUND, OVER CLAIMED, The Rainbow validates this status by digging deep & excavating an innovative & intimate new space - below the surface. Kitted out with a Funktion One System and low ceiling it became a no frills rave pit.
It gave a third room of music to appeal to a wider audience.

Lee McDonald was later approached by Rue Jay a successful promoter in the midlands to put on a new weekly after party and Rocknrolla was born pulling in a solid 500+ crowd on a weekly basis with the highlight being sunrise from the gardens terrace. It’s popularity grew and they booked some leading names in the more commercial side of dance, Funkagenda, Audio Bullies, Judge Jules, D Ramirez, Jamie George, Example and many more. 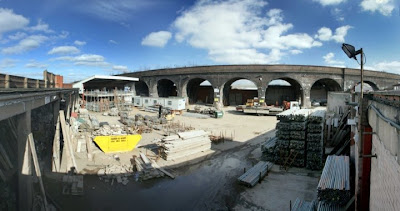 The latest project and even more ambitious will be to throw a series of raves in a disused scaffold yard… ‘The Arena’ (BELOW to open April 2012) is at the opposite end of Adderley Street. Bringing massed ranks of more Victorian railway arches under the over-reaching curve of The Rainbow’s embrace – The Arena is set to witness musical mayhem and battles reminiscent of The Coliseum - whose amphitheatre architecture it mimics. This massive site alone can cater for a capacity of 5000.

The Rainbow Complex now contains 9 separate venues on the same street that can be utilized for events of 200-5000 in isolation, or combined via a road closures to create a unique self contained Urban complex for 10,000 - licensed until 6am. This is unprecedented anywhere else in the UK.

For more information, listings, galleries, and the best music you can find this side of Miami, visit www.therainbowvenues.co.uk