The real inception - how to control your dreams 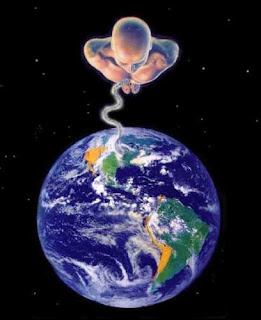 Lucid dreaming offers the promise of enhanced control over dreams but the question remains quite unanswered of how much dream control is possible. Inception was a film that raised awareness of the worldwide intrigue in the sleeping world, the etheral plane we all enter, yet few have the ability to control. Lucid dreams are a pleasure but depending on who you speak to, each of us has completely different experiences, some claiming to dream deeply every night, others hardly at all.

EXPERIMENTAL STUDY OF DREAM CONTROL The wide range of opinions on the topic of dream control, and the reports we received of people's attempts to control dreams, piqued our curiosity about why it is sometimes it possible to achieve a desired outcome, and sometimes it is not. Because dreams are entirely illusory, it should be possible to experience anything imaginable. Thus, perhaps failures arise from not imagining strongly enough, or not believing a certain experience is possible. On the other hand, perhaps there are physiological limitations on the ability to control dream imagery. Our theoretical approach to dreams is based on the idea that the perceptual experiences in dreams arise out of activity in the same brain areas that produce perceptual experience in waking. This is why people have difficulty distinguishing dreaming from waking experience, and have to employ special techniques to recognize when they are dreaming. Physiological constraints on dream perception might occur if a certain brain area is not in a state conducive to the desired experience. For example, it might be hard to make a dark dream light, because the visual cortex is not active enough. This is one of the topics of research we would very much like to see explored: the relationship between dream perception and brain activity. The NightLight study was designed to assess how successful people would be at accomplishing certain well-defined tasks in lucid dreams.

1. LIGHT SWITCH TASKS A. Find a light switch (indoors). B. Turn it on, and see what happens, then turn it off, and see what happens. C. Turn the lights on and off by willing it to happen and observe the results. (These two tasks were counterbalanced so that some tried the "magic" first and some second.)
2. MIRROR TASKS A. Find a mirror. B. Observe your reflection in the mirror. C. Move your hand to your face, watching it in the mirror and observe how the reflection behaves. D. Pass through the mirror and see what is on the other side. (The instructions gave an example in which the dreamer passes through the mirror and ends up in a different scene.)

These tasks represented a variety of types of influence, ranging from things that are easy to accomplish in waking (turning on a light, looking in a mirror), to impossible in waking (passing through a mirror). In addition, some tasks we thought might be impeded by brain state were included (the changing of light level). The purpose of asking people to both will a light on and off and switch it was to see what effect belief might have on the outcome. It is easier to believe a light will turn on when a switch is flipped than that will alone will turn on a light. The instructions asked the participants to try each task in waking prior to attempting the tasks in lucid dreams, so that they would have the procedure well-rehearsed. Then, they were to try each task at least once in a lucid dream. They did not need to complete all the tasks in one dream, but could use as many lucid dreams as they needed. So that they would not forget details, the participants were asked to awakening immediately after the experimental lucid dreams and make complete reports of their experiences.

RESULTS Twenty-seven people submitted reports of their attempts to carry out the assigned tasks, fourteen women and thirteen men. Altogether they provided 65 lucid dream reports, an average of 1.4 per person. The maximum number of reports from one individual was four. A judge reviewed the reports to determine which tasks were attempted in each dream, and scored the result. The scoring for the tasks of finding a light switch or a mirror was either as "success" or "failure." The results of the actions of turning a light switch on and off, willing a light on and off, looking at a reflection, touching hand to face, and passing through a mirror received scores of "expected" if the result achieved the goal, "no result" if the action produced no response, and "unexpected" if something unpredictable happened. "Expected" for turning and willing a light on and off meant that the light went on and off as it would in waking. "No result" meant the light did not change. "Unexpected" meant something other than the chosen light turning on and off. Examples of unexpected light results were: "the bulb slowly filled with what appeared to be thick, black tar," and "When I threw the switch, the outside porch light came on instead of the room light...didn't really increase the overall illumination." For the task of looking at a reflection, a score of "expected" was given when people reported that their reflections in the dream looked like their reflections in waking. "No result" indicated that the person saw no reflection. This happened once; the person instead saw gray, swirling mist. If the reflection looked unlike the waking image, the result was rated "unexpected." The same criteria as for the reflection applied to moving the hand to the face while watching in the mirror. An example of "unexpected" for this task was, "As I raise my hand to my face I see the reflected image of my hand go up but from then on I notice an increasingly 'hallucinogenic' breakdown of the image--such things as my finger, detached from my hand, disappearing into my mouth and holes appearing in my face." The result of trying to pass through a mirror was scored as "expected" if the dreamer was able to move through the mirror and found another setting on the other side. "No result" meant that the dreamer found the mirror hard and unyielding, as in waking. "Unexpected" applied to cases in which the dreamer got through the mirror, but was then somewhere unlike what was described in the task instructions, for instance, in the same room, or "in a world of cartoon-like images." It was very easy to find things in dreams that are usually around in waking, like a light switch and a mirror. People also had no difficulty performing the normal action of looking in a mirror and seeing a reflection, although it was more likely than not somehow different than the usual waking reflection, and in 12 cases (28%) the image transformed as the dreamer watched. This happened for 41 percent of the participants. It would be reasonable to predict that passing through a mirror to another scene would be the most difficult task, given that it is impossible in waking life. However, almost half of those who tried succeeded, and 86 percent of the people were able to get their dream bodies through the dream mirror at least once, even if they did not end up in a new scene. An example of an "expected" mirror result was, "I then went through the mirror and tried to imagine that the mirror was like water so I could easily slide through it. When I was fully through the mirror, I came up to the surface of the water I was in and noticed I was in a bright, sunlit garden swimming pool with a roof over it."

DREAMS CAN BE DIRECTED, BUT STILL DO THEIR OWN THING The lack of large differences in the ease of accomplishment of the various tasks is in itself quite interesting. Lucid dreamers are able to exert a large amount of control over their dream experiences. But, it is far from perfect. Most notable is the reluctance of the mirror reflections to show normal images, and their fascinating instability. Self-image is of course a very psychologically loaded thing, probably with very complex internal representations. This may account for the strange images. The instability points up the most prominent difference between waking and dreaming perception. Dreams change. We exploit this in lucid dream induction training by instructing people to examine written phrases repeatedly, watching for them to change. An interesting question is whether the perceptual instability results from the lack of anchoring sensory input from the physical senses or from a state of the brain peculiar to REM sleep. In the final analysis, the Tibetan Buddhist view that all dream images are transmutable may be exactly right. If so, we wonder if it may be possible also to learn to control the stability of these images, creating lasting dream scenes and objects, achieving a state of virtual reality far beyond the wildest dreams of the computer programmers.